British forces have pulled out of their last outpost in Helmand, in Afghanistan.

The only British troops in Helmand are now in their main base at Camp Bastion, which they will leave later this year.

At the peak of the British engagement there were 137 bases in the troubled south-western province, source of most of the world's illegal heroin.

in Afghanistan were killed since the Helmand operation began in January 2006.

The last forward base was a small, highly secret listening post called Sterga 2. It was on a strategic hilltop, west of Camp Bastion, with a commanding view of the countryside around. 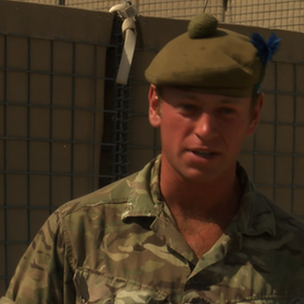 The officer commanding the small force at Sterga, Capt Edward Challis, 26, has been there since September 2013 - a long deployment in a country where British troops have usually spent a maximum of six months in the field.

He has masterminded the operation to wind the base down, right until the final week.

By that point, the men under his command were sleeping on the ground with little more than a poncho for protection, and bottled water to wash in.

With only one generator, officially they had just one kettle for 80 men - although some of the soldiers admitted to having a secret kettle for a brew of tea.

Capt Challis was robust about the challenges, saying: "We were living in a very comfortable manor, in my opinion, up to now."

He said that at the end what they were doing took them back to skills learnt in basic training.

Once we have got our feet up, beer in hand, we will look back and think, 'Well, that was pretty special'”

They were very busy and he did not have time to reflect on what it meant to command troops in the last British outpost in Helmand, he said.

"Once we have got our feet up, beer in hand, we will look back and think, 'Well, that was pretty special,'" he says. "But as it currently stands we are focused on the task in hand."

I asked him about the large cost of British lives in Helmand, and he said that the quality of the Afghan forces that had been trained was a tribute to those who had lost their lives.

"There has been a tragic loss of life throughout the campaign, and our thoughts are always with those who have been affected by it," he says.

"But we have to just concentrate on the job in hand.

"There is a time for mourning. And for all those who have paid the ultimate sacrifice, it has been really reassuring to see the Afghan forces taking on a lead role."

Visiting the base on Wednesday last week, Defence Secretary Philip Hammond said that Britain had "done what it came to do".

He said he could sense a war weariness in the population at home that might make it hard to win support for future foreign wars. 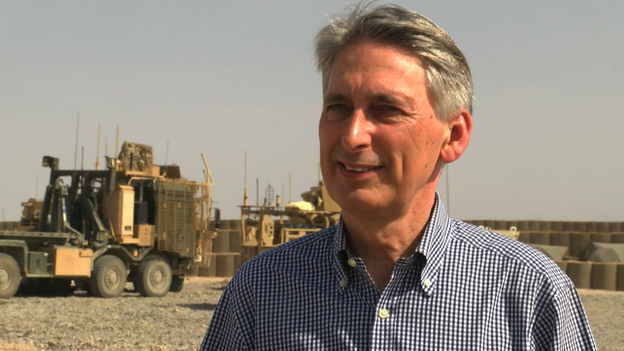 "But I think the British people are very clear that we came into Afghanistan to protect our own national interest first and foremost," he added.

"Part of protecting that interest has been helping to build a credible Afghan state for the future.

"Having stability in this part of the world is very much in Britain's national interest."

Helmand remains the source of more than 70% of the world's illegal heroin, and this year's harvest .

Mr Hammond admitted: "There's still a huge amount of poppy cultivation here, much more than we would like." 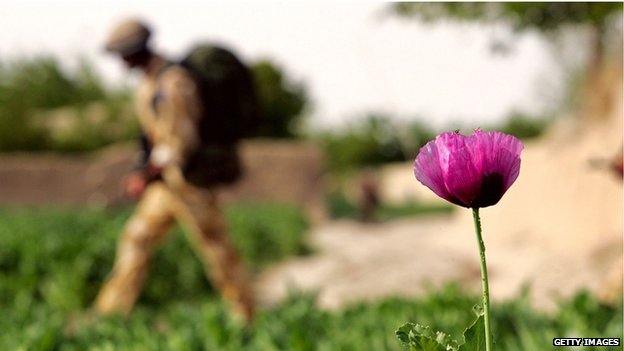 Although the combat role is all but over, he said Britain would not "cut and run" but was in Afghanistan for the long term with large aid programmes.

At Camp Bastion Mr Hammond was shown a display of military equipment by troops who are still going outside the base on a daily basis to conduct offensive operations against the Taliban, and to support Afghan forces.

That main base is also beginning to take on a more expeditionary posture, meaning that essential luxuries are being abandoned.

This is highlighted by a recent order allowing troops not to iron their clothes - although not yet deprivation on the scale of sleeping in the open air with no running water, as in the final days at the last outpost Sterga.

Brig Martin Moore, who is responsible for the return of kit to the UK, said that 60% of the task was done.

Every piece of equipment is run through a complex computer programme, which assesses whether it is worth bringing home, selling locally, or scrapping.

All of the military equipment is repaired, cleaned and packed to be ready for use again.

The main route out is across the border to Pakistan, and then down to Karachi to be boarded onto ships.

More than 100 lorries a week make the journey, as Britain's long costly Helmand operation comes to an end.