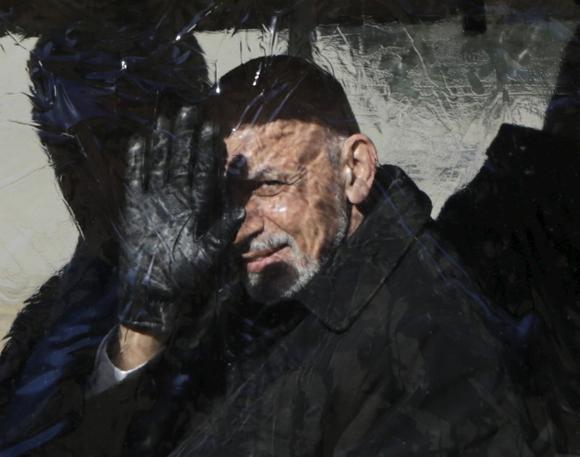 WASHINGTON (Reuters) - Afghan President Ashraf Ghani praised U.S. troops who have fought and died during more than 13 years of war in his country as he kicked off a visit to Washington on Monday to drive home the case for slowing the withdrawal of America forces.

In an address to U.S. soldiers and military families at the Pentagon, Ghani sought to reassure Americans of the value of their sacrifice in lives lost and money spent in the battle against al Qaeda and other extremists.

"Each one of you has left a legacy, but I also understand that Afghanistan has marked you," he said, noting the more than 2,215 Americans killed and 20,000 wounded in the war.

His words of gratitude marked a sharp contrast with his predecessor, Hamid Karzai, who left office last year accusing the United States of inflicting a war on his country that has intensified with the drawdown of U.S. forces.

Record numbers of Afghan security forces and civilians died last year in the fight against the Taliban. Ghani, before leaving Kabul, cautioned the impending spring fighting season would be tough. He also voiced concern about the rise in Afghanistan of Islamic State, which seized huge swaths of Iraq after the U.S. withdrawal there.

With a more friendly partner in Ghani, U.S. officials acknowledge that conditions have changed since May when President Barack Obama declared that by the end of 2015 the U.S. force would be roughly halved from the current total of about 10,000 and would operate only from bases in Kabul and Bagram.

"This is a different relationship than we had under President Karzai. It's clearly more cooperative and better," said Jeffrey Eggers, a senior White House official.

Ghani has sought to slow that withdrawal and the U.S. military has been drawing up options to that end long ahead of Ghani's carefully scripted visit, which began with a private dinner on Sunday and will include talks at the White House on Tuesday and an address to Congress on Wednesday.

As part of revised U.S. planning, the U.S. military bases in Kandahar and Jalalabad are likely to remain open beyond the end of 2015, a senior U.S. official told Reuters ahead of Ghani’s visit.

Still, Ghani also acknowledged that Obama was a tough partner who has set time limits on U.S. assistance. That has included plans to withdraw American forces to a U.S. embassy presence in 2017.

Speaking at the Pentagon, Ghani addressed individuals in the audience, including the widow of U.S. Major General Harold Greene, who last year became the most senior U.S. military official killed in overseas action since the Vietnam War

He was shot dead by a Afghan military policeman at a training center in Kabul.

"We hold his memory dear, and when I go back, I will name a section of that military academy in his honor," Ghani said.

Source : reuters[dot]com
post from sitemap
Farkhunda's family take comfort from tide of outrage in wake of her death
Seeking Justice for Farkhunda